Using Antibodies in an Attempt to Find a Vaccine 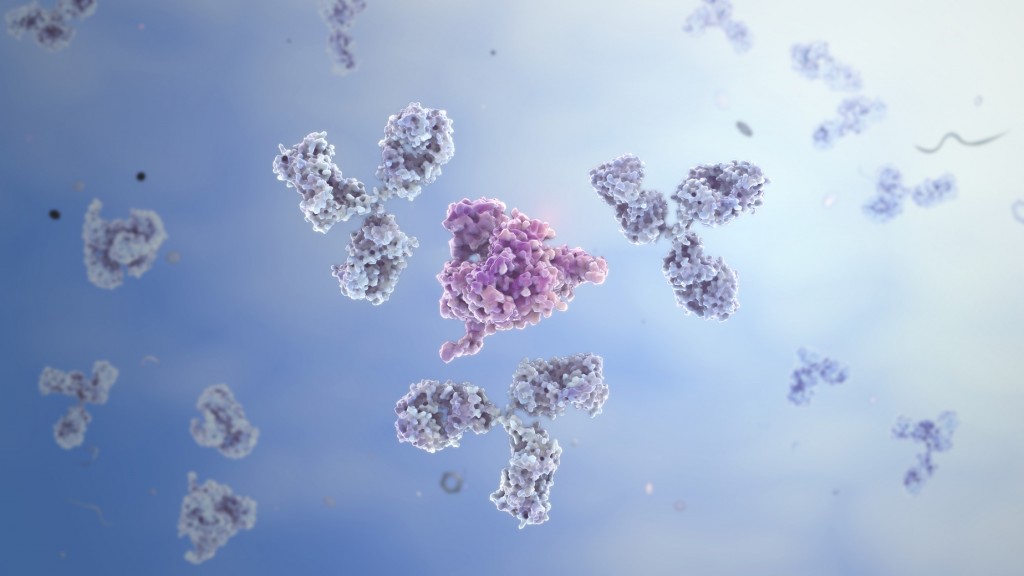 Scientists hope to develop a cure for HIV by researching successful antibodies.

The human immune system is a fascinating network capable of performing incredible feats. Even when HIV is involved, nearly one-third of individuals are capable of producing effective antibodies against the virus. Researchers have turned their attention to the antibodies produced during infection in order to facilitate the creation of an effective vaccine.

While some immune systems are adept at producing antibodies that act to neutralize a broad range of HIV strains, the process could, and often does, take up to a year before it is in full swing. Ideally, a vaccine should help a patient immediately combat the viral intrusion. This is one important goal for those developing vaccines. Efforts to speed up the process and make the antibodies available for everyone has prompted scientific study.

Certain effective antibodies were selected and closely examined. Of those, some had loop-like structures which, when they encountered the virus, were able to cling tightly and neutralize it. With the aid of computer modeling, modifications were made to the existing antibodies so as to maximize their efficiency. It is expected that such modifying will help increase the response time of the immune system, even if a person has never previously had contact with HIV.

Another aspect that was carefully reviewed was how the amino acids were sequenced in the antibodies that had proven most effective. Of the antibodies with a loop structure, certain ones had specific amino acid sequences that researchers tested and noted. A successful vaccine needs to provide adequate protection against more than just one or two strains of the tenacious virus. Those that were able to neutralize more strains were again plugged into the computer and modified. The re-engineering was to increase the capabilities of these powerhouse molecules.

Tests were also conducted to confirm that the alterations being made would, in fact, prove effective. The spectrum that the vaccine is designed to cover is wide, and when factoring in the potency of the design, researchers feel confident that if implemented, most people who are vaccinated would produce an effective response.

This entry was posted by ADMIN on August 1, 2016 at 11:00 am, and is filed under HIV Vaccination. Follow any responses to this post through RSS 2.0.Both comments and pings are currently closed.