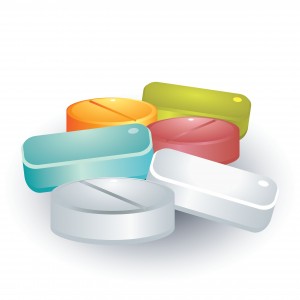 Nanotechnology sounds like science fiction. However, it is very real, and scientists are manipulating matter on an atomic, molecular, and supramolecular scale in order to achieve great things. One prime example is the development of HIV drug therapies. In a research study by the University of Liverpool, they sought to improve how HIV drugs are delivered to patients.

The Problem With HIV Drugs

HIV is a serious disease. It requires powerful medicine in order to combat its effects. Unfortunately, the drugs used to combat the virus need to be taken daily. This can be difficult for many patients. Keeping up with their regimen requires sticking to an intense schedule and remembering to take pills. Some even quit taking the drugs because of how demanding the therapy is.

With Solid Drug Nanoparticle (SDN) technology, scientists hope to improve HIV drugs. HIV patients want better drugs. Theoretically, this technology should make it easier for their bodies to absorb them. If successful, this form of nanotechnology would reduce the number or doses that HIV patients have to take, and possibly save them money.

Nanotechnology is still a relatively new field, which means that it is going to take some time to develop. Even worse, this type of medicine isn’t readily available to HIV patients. Currently, the University of Liverpool is developing a novel water dispersible nanotherapy for a poorly soluble antiretroviral medicine called lopinavir. It is still in the testing phase; however, some are hopeful of its success.

Research leader and Pharmacologist Professor Andrew Owen says “The fruits of our interdisciplinary research are beginning to be realized. Our approach has the potential to overcome challenges with current antiretroviral therapy, which include administration of high doses needed to achieve efficacious concentrations in the body, and the urgent need for better formulations for children living with HIV.”

Antibodies in the Future of HIV Treatment

Antibodies, also known as Y-shaped proteins produced by plasma cells, play an important role in keeping us healthy and free from infection. Now, HIV research scientists have identified a protein known as bNAbs. It stands for ‘broadly neutralizing antibodies’ and it may hold the promise of preventing HIV infections. The virus has spikes on it – not unlike many villains – and it uses these to bind and take over healthy cells.

The envelope spike or protein is the preferred target for the bNAbs. They are well equipped to recognize and subdue the virus. However, each type of bNAb is programmed to target specific epitopes or antigens on the spike. Certain bNAbs, therefore, have greater success in suppressing the virus than others. What most known bNAbs do have in common is that they tend to recognize the envelope spike in its closed position.

A virus will attach itself to a healthy cell, but in doing so the spike will open and close – depending on the stage it’s in. One lab has discovered a particular bNAb that can detect the virus when the spike is closed but also when it is partially opened. It was found while the research team was studying the antibodies of those whose bodies successfully control the HIV infection on their own. What is this special antibody called? 8ANC195. Continued efforts to see how 8ANS195 does what it does may lead to big things.

This could prove extremely beneficial in aiding those who are battling with HIV infection. These bNAbs could prove invaluable in identifying and neutralizing HIV that has gone undetected by the immune system. Seeing as most bNAbs target the virus when the envelope spike is closed, the virus with an open spike is free to continue unhindered. Now, with the discovery of antibodies that can detect the virus in its different forms, treatments can be more effective.

For HIV research, the promise of hope offered by these special bNAbs comes with more good news – it could be available in treatments in a short period of time. Clinical trials are already under way. Also, plans to make the antibodies even more effective are in the works. Researchers feel that introducing this bNAb to the cocktail will enhance the treatment therapies currently used.

If it takes you nine and a half minutes to read this article, then by the time you are finished, another American will have been infected with HIV. Not only is the disease still prevalent in the US, but it is continuing to spread. Fortunately, there are effective medications on the market that can be used to control the disease and increase the life span of those who are affected. One such medication is Efavirenz.

The drug is often used in combination with other HIV treatments, although it is occasionally prescribed alone. It is one of the more common treatments as it is considered one of the most effective. Unfortunately, it also has one of the strangest and most inexplicable side effects. The drug carries a risk of neurological side effects including anxiety, depression, aggressive behavior, insomnia, and night terrors. Other effects can include delusions and hallucinations. Those are the symptoms that have resulted in reports of recreational use.

Here are some reasons that this is a big deal. No one can explain why this drug causes any of these effects. That’s a warning flag in itself. Second, the recreational use of this drug could potentially result in the development of a new strain of HIV that is resistant to what is presently one of the best treatment options. These two factors make it vital, both for the user’s own good and for the good of the medical community, for people to avoid taking Efavirenz unless it is prescribed by a doctor.

Additional research is ongoing in the hopes that the drug can be modified to reduce the risk of symptoms for HIV patients that are using this treatment. It is also hoped that by eliminating the side effects, recreational use of the drug will be discontinued.

HIV treatments have come a long way. They are in part responsible for the improved quality and length of life for patients that are HIV positive. There is some concern, however, for the younger generation. According to one study in particular, teens and young adults seem to delay treatment and care for HIV. Many do nothing at all until they are in the advanced stages of disease. While there may be a variety of reasons for this, there may be ways to help improve the situation. Here is what the researchers found.

An eight year project tracked 1,500 young people to see how they responded to being HIV-positive. They ranged in age from 12 to 24. The study showed that almost half of the participants did not seek treatment until the disease progressed into later stages. This did not come as good news. Early treatment is key to keeping secondary disease (such as cardiac disease, kidney disease, and other conditions) at bay. Beginning treatment early is another way to improve quality of life and even lengthen life expectancy.

One way to observe the advancement of HIV is through a blood test. By tracking the number of a certain type of protein known as CD4, doctors can determine how far along the HIV has progressed. Treatment is usually started when the CD4 count begins to drop. Once the number drops low enough, the disease is considered AIDS. Unfortunately, young people have been waiting long periods of time to be tested and start antiviral therapy.

Exactly why teens wait so long has not yet been studied. Researchers assume that there may be several reasons for the delay; however, they hope that through increased awareness, doctors will start screening all young patients for HIV. Making this a part of a regular checkup may make it easier for young ones to seek treatment earlier.

The battle against HIV is one in which progress has been slow. Antiretroviral therapies, however, have successfully limited the viral load in patients. More good news has come to light in regards to life expectancy. Statistics show that life expectancies of the HIV-infected are quickly approaching those of the general population. Still, there is more ground to be covered. Researchers have discovered compounds that target HIV and stop it from reproducing. Further research may reveal a new way to treat HIV and perhaps even stop it in its tracks.

Some of these compounds include ribonucleoside analogs 8-azaadenosine, 3-deazauridine, formycin A, 2′-C-methylcytidine, and 5-fluorocytidine. Their jobs are to target the HIV’s DNA and induce a lethal mutation. Prevention of reproduction occurs, thus preventing the spread of the virus throughout the body. By blocking DNA synthesis, some of these compounds create so many mutations that the HIV is completely immobilized. Exactly how the synthesis is so effectively blocked—and the processes the compounds go through to make this happen—are unknown. How the mutations occur is also unknown. Although the discovery came as a surprise, it’s one that has a multitude of potential benefits.

Even though more research is necessary in order to completely understand the functions and processes involved in these reactions, there remains great promise. To begin with, these compounds are relatively inexpensive when compared to the cost of creating the drugs available on the market to treat HIV. Next, these compounds are efficient. This leads researchers to suspect that even drug-resistant forms of the virus can be treated where other forms of therapy have failed. Lastly, these ribonucleoside compounds are likely to at least slow the spread of HIV, which is known to be a quickly-spreading infection.