by ADMIN in HIV Testing 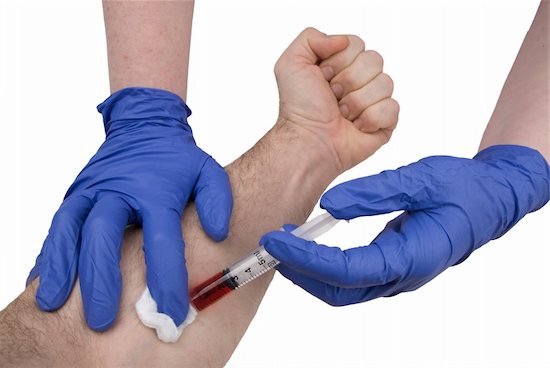 Antibody vs. HIV: A New Hope

by ADMIN in HIV Testing

Antibodies are meant to identify and neutralize bacteria and viruses. In the fight against HIV, scientists hope to capitalize on this protein in order to cure people suffering from the virus. In a new study at the Rutgers University, researchers are hoping to find a way to prevent the contraction of HIV by using an experimental antibody.

The AMP (Antibody Meditated Prevention) study is a clinical trial that is currently looking to prevent HIV-negative men and transgender individuals from acquiring HIV. The antibody, known as VRC01, was originally found in a man who was able to combat the infection without the use of medication. When scientists discovered this, they worked to recreate the antibody and test its effects on others.

The study targeted men who have sex with other men (homosexual, bisexual, and transgender) for a specific reason. According to the CDC, new diagnoses of HIV in the United States have dropped 19 percent from 2005 to 2014. However, among the Hispanic/Latino and African American community, infections in gay and bisexual men have increased.

The study is testing the antibody on 2,700 HIV-negative men and transgender individuals who have sex with men. The antibody works by preventing the infection from attaching to host CD4 and T Cells. This helps the immune system function properly and fight infections. So far, laboratory tests have shown the antibody to be 90 percent effective.

Swaminathan is optimistic about this study. She calls it “The first study of this magnitude to see whether an antibody infusion can help prevent new HIV infections. If it proves effective, it could potentially pave a way for developing a vaccine for HIV infection.”

by ADMIN in HIV, HIV Testing

HIV infection has long been known to cause immune exhaustion. Even with current therapies, this is a chronic issue. Finding ways to lessen the burden on the immune system, while still keeping the virus at bay, have been studied. Recently, some new experimental treatments have brought to light some interesting conclusions on the matter. It is hoped that the information thus gathered will help control the problem for many in the near future.

What the Research Reveals About Immune Exhaustion

Delicate balances keep everything in existence – from the largest systems to the smallest organisms. The interactions between the medications that keep the HIV counts low, the immune T cells, and the proteins that signal immune exhaustion are extremely precise and particularly balanced. Researchers have studied the effects of blocking the protein pathways, which are known to signal the exhaustion. In doing so, they have discovered that people can recover from immune exhaustion. However, a number of things must be in place for this to happen.

The exhausted T cells are the ones that have the protein, PD-1, which signals the exhaustion. The partner to that protein binds to it, and this is how researchers can identify the exhausted cell. By blocking the path between these two proteins, the immune system has a chance to regain normal function.

When tested, this strategy was effective, but only under specific circumstances. First, if viral levels in the blood were high, adding the protein blockade actually increased viral production. Best results were yielded when the viral load was low. Also important is how the T cells react, as their numbers also increase. However, with low viral load and cooperating immune cells, restoring a measure of strength back to the immune system is possible with this method.

Further testing is underway, as are trials to see just how effective this approach can be. Of course, if implemented in the future, patient screening will be necessary. In the meantime, antiretroviral therapies continue to be an important part of both managing viral count and slowing disease progression.

Around the globe, 37 million individuals are HIV-positive. While that figure is staggering enough, it is estimated that nearly half of all infections are left undiagnosed. Advancements in therapies, preventative education, and a better understanding of how the disease works, all aid in slowing the epidemic. However, if the infection is left undiagnosed, it works against progress, and millions could be at risk for exposure or infection.

With this is mind, researchers have been looking into simple ways to encourage patients to be tested for HIV. They are hoping that what they learn will help medical institutions around the world to be able to convince more people to agree to screening.

It is all in the approach. This is what has been most notable throughout these studies. How a question is phrased can make the difference between someone agreeing to HIV testing—or refusing the exam. Basically, here are three ways to approach:

The Right Method Gets Results

During these trials, patients who were in higher risk categories were more likely to agree to testing than those in lower risk groups. This reaffirms that how a patient is asked can make a big difference in the outcome. It is not completely understood why patient behavior varies with how questions are phrased, but a few simple changes in how healthcare workers ask their questions can do a lot of good.

Change in economic and social climates has long been known to affect health trends. Times of war and periods of peace yield different results when it comes to public health. The spread if HIV is no different. Many studies have been conducted over long periods of time to try and track just how some of these factors change the spread of the infection. While the concept is simple enough, trying to gather data in times of violent conflict is difficult. For this and other reasons, the research that has been done up to this point has proven inconclusive. In some instances, the research has been contradictory.

As Tensions Rise, So Do Infection Rates

Efforts to help clear up some of the mystery behind the numbers have met with some success. One recently concluded study was able to track the number of HIV infections in times leading up to violent conflicts. Interestingly, the results pointed to higher rates of infection starting about five years before a conflict broke out. Increase in HIV infections was drastic enough to make a clear dividing line between the period before economic and/or social strife began to escalate—and general peace.

The institutions that gathered the information hope to use these conclusions as a springboard to better understand how external environments contribute to the spreading of the virus. It is their goal to be able to reduce HIV transmission before social conditions worsen in an area.

Just how violent conflict itself changes the rate of infection is still a bit of a mystery. During turbulent times involving bloodshed, the number of new infections seems to decline. Those in the medical community in these areas have their doubts. As mentioned, gathering information in such situations is difficult, and many researchers believe that the numbers may be significantly higher than what is recorded. Once the violence in an area dissipates, the number of newly reported infections begins to increase once again.

The period of time with the highest vulnerability to public health is definitely in the years before violence breaks out. Further insight into how social change and violence affect behaviors may hold answers into how spreading HIV can be curbed during such times.